It has become the usual culture for the biggest technology companies to host headline events to showcase their recent updates, train product developers and announce improvements in service delivery to their customers.

Apple for instance, hosts her biggest event each year in late-summer with the unveiling of a new iPhone, Google has gone the other way by taking us on a journey through the company’s efforts to push the boundaries of consumer technology during its annual I/O developer conference.

The Google I/O developer conference is Google’s biggest event of the year that brings together developers from around the globe for an immersive experience focused on exploring the next generation of tech. The conference kicked off at Shoreline Amphitheatre in Mountain View, California. Here are some of the most important announcements from the keynote presentation:

Google has revealed that it is rebranding its Google Research division to Google AI. The move shows how Google has increasingly focused R&D on computer vision, natural language processing, and neural networks.

Moving forward, Google Assistant is expected to get additional six new voices, including that of music star, John Legend. Google is using WaveNet to make voices more realistic, and it hopes to perfect all accents and languages around the world. Google Assistant will now support 30 different languages by the end of 2018. The original Google Assistant voice was named Holly, and it was based on actual recordings. 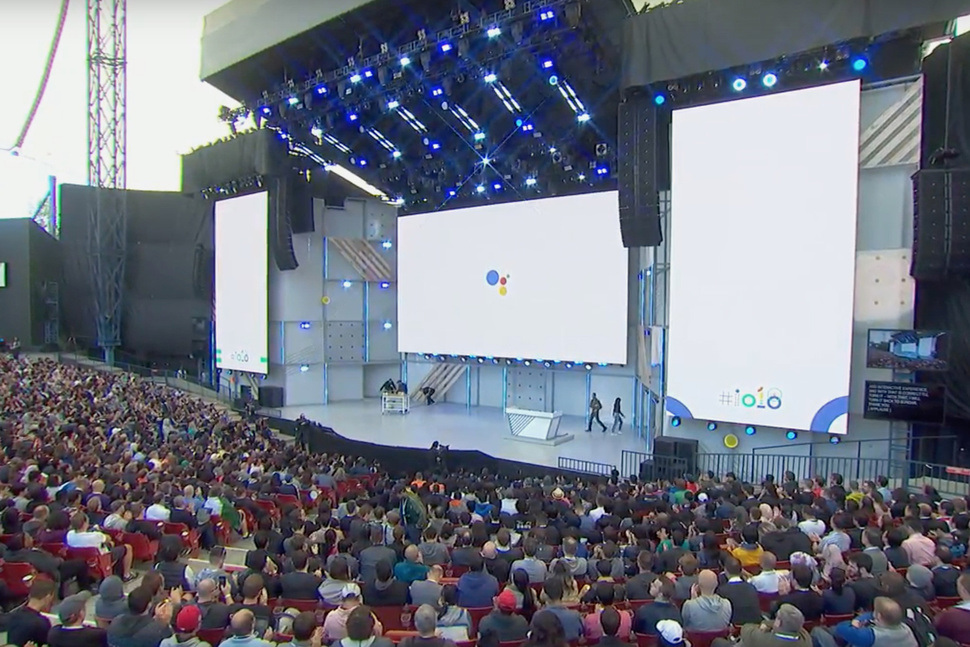 Google Photos to Get AI Boost

Google Photos is getting a new feature based on artificial intelligence and machine learning. Google Photos already makes it easy for you to correct photos with built-in editing tools and AI-powered features for automatically creating collages, movies and stylized photos. A new version of the Google Photos app will suggest quick fixes and tweaks like rotations, brightness corrections or adding pops of colour. For example, Google Photos can take an old restored black and white photo and not just convert it to colour but convert it to realistic colour and touch it up in the process.

Google is upgrading to Google Assistant turning around natural conversation. Conversations can continue following an initial wake command (“Hey Google”). The new feature is called continued conversation and it’ll be available in the coming weeks.

Google is rolling out its third invention of silicon, the Tensor Processor Unit 3.0. Google CEO, Sundar Pichai revealed that the new TPU pod is 8x more powerful than 20177, with up to 100 petaflops in performance. Google joins pretty much every other major company in looking to create custom silicon in order to handle its machine operations.

Google is also planning to leverage AI in a refurbished version of Google News. The AI-powered, redesigned news destination app will “allow users to keep up with the news they care about, understand the full story, and enjoy and support the publishers they trust.” It will leverage elements found in Google’s digital magazine app, Newsstand and YouTube, and introduces new features like “newscasts” and “full coverage” to help people get a summary or a more holistic view of a news story.

The new smart displays will be launched in July, courtesy, Google Assistant. In order to power the experiences provided by Smart Displays, Google had to whip up a new visual interface for Assistant. Google Assistant’s visual UI will also be refurbished on mobile devices in 2018.

The new UI is coming to Android this summer and to iOS later this year.

This is not a feature that will roll out anytime soon, but it’s something Google is working hard to develop for both businesses and consumers.

Making use of text to speech, deep learning, AI, and more, Google Assistant can be a real assistant. In a demo at I/O 2018, Google Assistant made a call to a hair salon and had a back-and-forth conversation with an employee, ultimately booking an actual woman’s haircut appointment in the time span requested by the user.

An initial version of the service that will call businesses to get store hours will roll out in the coming weeks, and the data collected will allow Google to update open and close hours under company profiles online.

I'm a Digital Native and Crazy about Technologies and Tech trends. Don't miss my updates ;)